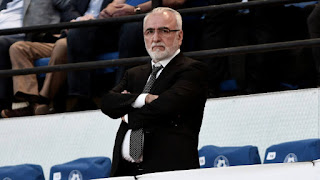 One of the Greek oligarchs is dubbed the Kremlin’s man because of his links with Vladimir Putin. The other is a shipping magnate and the proprietor of a media empire.

But their wealth and influence has not stopped Ivan Savvidis and Vangelis Marinakis getting sucked into a bitter argument over football.

The feud between the two men burst into the political arena when Greece’s centre-right government intervened unexpectedly to legislate to settle a row over their rival teams.

Greece’s independent sports authority last week called for the relegation of Mr Savvidis’s PAOK, the country’s top team, amid a row over ownership. Two days later, the government pushed through an emergency law that effectively prevented the relegation but docked Mr Savvidis’s PAOK of points, a move that is likely to ensure that Mr Marinakis’s Olympiakos, its closest rival, will win the championship.