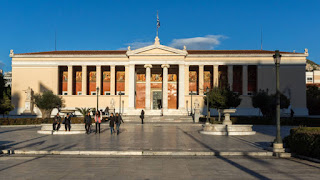 Greece plans to use its cultural and historical riches to lure Chinese and other foreign students to its universities as part of an overhaul of the state-run higher education system.

Niki Kerameus, the education minister, said in an interview that by 2024, she hoped about 40,000 to 50,000 foreign students would be taking part in English-language courses in classical literature, philosophy and ancient history.

“During past years Greek universities have been inward-looking institutions. We want to internationalise them and render them a hub for [tertiary] education in south-east Europe,” said Ms Kerameus. “We are working with academic institutions, with governments and through personal contacts at universities abroad.”

Universities would be offered extra state funding if they participated, she added.