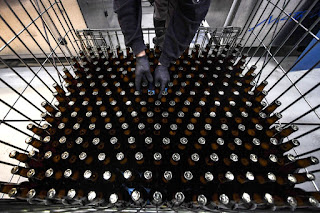 Just a few years ago, Greece stood out from the rest of the developed world for its devastated economy. Its unemployment rate was 25% and its high debt levels had brought on default and crisis.

Today, it stands out for a more upbeat reason. At a time when factories around the world have slumped, Greece has the world’s strongest manufacturing sector, based on indexes of manufacturing activity.

Greece offers a lesson in how a country’s economic makeup can be a curse at certain times but a blessing at others.

“The negative side of the coin is that we are not as open as other economies,” said Panos Tsakloglou, an economics professor at the Athens University of Economics and Business. “The positive flip side is if there is a slowdown in the world economy, the impact is not as great in Greece.”