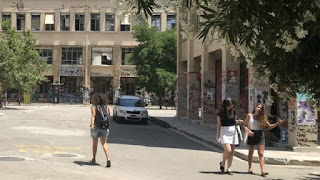 Like many young Greeks, Tasos Stavridis plans to leave the country once he finishes his degree in political science.

"Our financial crisis has gone on much longer than we expected and we are so exhausted," says the 22-year-old.

His generation has been severely impacted by the country's decade-long financial crisis.

"Most of my friends plan to leave too. In Greece the salaries are so low, and the economic situation is so bad," Mr Stavridis complains.

As Greeks prepare for a general election on 7 July, he and his peers are not backing a radical, youth-orientated party, such as the current-ruling Syriza which swept to victory in 2015. 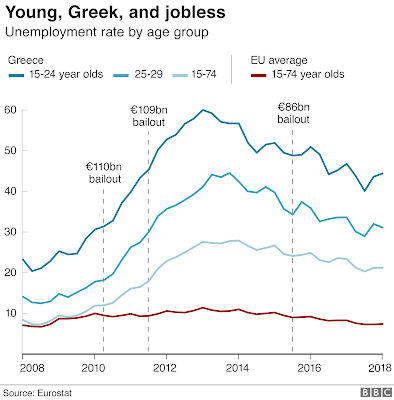 Posted by Aristides N. Hatzis at 8:16 AM