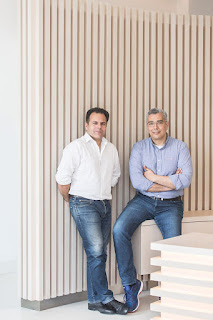 Emilios Markou and Alexis Pantazis, two Cypriot businessmen, defied conventional logic in 2013 and launched an online insurance company in Greece amid the turbulence of the eurozone’s sovereign debt and banking sector crises. “At that time the people who invested in Greece were contrarian investors. For us, it was a case of ‘because of the crisis, let’s come here’,” recalls Pantazis.

The success of Hellas Direct, which specialises in car insurance, illustrates that Greece can be a rewarding market for those who invest shrewdly and with an eye to the long term. “After a period of mishandling of the economy at different levels, there’s been more political stability over the past three years. We keep joking: ‘Greece is a re-emerging market’,” says Markou.

The nation’s overall investment picture is mixed. Company executives, investors and government officials speak of an improving domestic business climate and a change for the better in international perceptions of Greece as an investment destination. However, the fragility of Greek banks, the semi-reformed condition of the nation’s cumbersome public administration and the inefficiency of the legal system weigh on investors’ minds.

More
Posted by Yulie Foka-Kavalieraki at 7:55 AM