The EU and Euro Keep Defying the Doomsayers 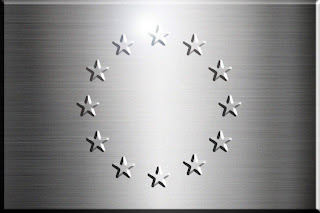 The Hotel Grande Bretagne is an Athens institution. The opulent 19th century mansion on Syntagma Square has been the backdrop to key episodes in modern European history: The first International Olympic Committee convened here in 1896; Adolf Hitler and Field Marshal Erwin Rommel bunked here after the Nazis seized the hotel in 1941 at the start of the wartime occupation. More recently, it was witness to the most existential threat yet to Europe’s experiment in unification.

The debt crisis that emerged in Greece in late 2009 and rippled through the euro region played out on the hotel’s doorstep. Rioters protesting successive waves of austerity measures—and the international auditors who imposed them—smashed the hotel’s marble steps, hurling fist-size lumps at police guarding the adjacent Greek Parliament. The shock of percussion grenades and the bitter taste of tear gas underscored divisions within the 28-member European Union and the failings of the euro, the signature project intended to bind the bloc more closely together.

Of course, the doomsayers were proved wrong. The single European currency survives to mark its 20th year in 2019, and predictions of the EU’s demise have gone unfulfilled. But lately the pessimists have resurfaced. They point to the U.K.’s imminent departure from the EU, the populist Italian government’s attacks on Brussels, and the spread of nationalism in the bloc’s east as evidence that the European project is again in mortal danger. With Germany’s Angela Merkel in the final years of a chancellorship that began in 2005 and France reeling from popular protests against President Emmanuel Macron, the EU’s center looks more vulnerable than ever to forces tearing at its fabric.