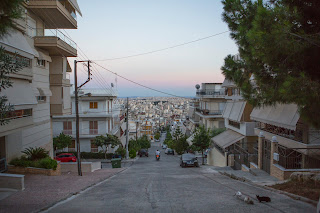 Greece’s government, a coalition of a radical left-wing movement and a nationalist right-wing party in power since 2015, celebrated the end of the country’s third bailout agreement last August as a “return to normalcy.” Our European Union partners and creditors, who disbursed 288.7 billion euros in loans over the previous years, also rushed to declare victory in the crisis that began in 2010.

Everyone wants to see an end to the Greek crisis — not least the Greek people, who have been exhausted by the long and deep recession, by the continued austerity and reforms whose benefits they have not seen.

But Greece is a long way from “normalcy.” Much has been done to make the economy viable, but the country needs an explosion of confidence and business activity: Recovery would take major new investments, political stability and further reforms to the public administration. But not only is the public debt greater than it was in 2009; citizens’ incomes have been slashed, their assets devalued, their property lost, their debts multiplied.

National elections must be held by the fall. Polls show the center-right opposition New Democracy party leading Syriza, the ruling coalition’s senior partner, in a contest that is already worsening the polarization of our politics. The government, which was always halfhearted about austerity and reforms, promises handouts; the opposition vows to overturn policies and decisions with which it disagrees.