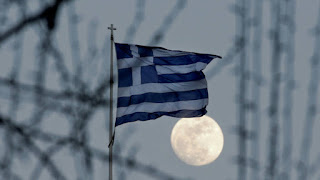 Greece plans to tap the international bond market for the first time since emerging last August from its third bailout programme, it was announced on Monday.

The country revealed plans to issue a five-year syndicated bond following a sharp fall in yields on the country’s debt. The bullish performance has come after the minority Syriza government ratified a deal to change Macedonia’s name, ending a 28-year dispute with its Balkan neighbour.

Yields on the benchmark 10-year bond declined to a four-month low on Monday, trading at 4.07 per cent. The five-year bond was trading at 2.85 per cent, just above a six-month low of 2.83 per cent last week.

“This issue was hanging in the balance last week while the government was scraping up extra votes to push the Macedonia deal through parliament, but the timing now looks good,” said one analyst in Athens.