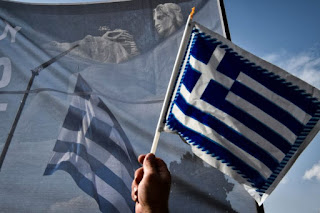 EU anti-fraud investigators are demanding that Greek customs pay more than €200 million for failing to act against a major Chinese fraud network dumping ultra-cheap clothing and footwear in Europe.

An investigation by the EU’s anti-fraud office, OLAF, focused on the Chinese-owned Piraeus port in Athens — part of Beijing's huge Belt and Road infrastructure project. Customs officials there failed to stop a sophisticated network of cross-border criminals fraudulently avoiding import duties and value-added tax on large amounts of footwear and clothing items such as T-shirts and trousers, investigators told POLITICO.

The findings, conveyed to the European Commission at the end of December, are the latest chapter in a campaign by OLAF to crack down on a criminal network that has avoided paying at least €2.5 billion in customs duties alone in six counties since 2015. Financial losses in VAT payments, which would be due to both national budgets and the EU budget, are of an even greater amount, investigators say.

"OLAF can confirm that it has concluded an investigation concerning the fraudulent import of undervalued textiles and shoes into Greece in the period 1 January 2015 to 31 May 2018," OLAF said in a statement when asked about the investigation.

"Based on its findings, OLAF has issued a Financial Recommendation to Greek Customs to recover the sum of €202.3 million in lost customs duties related to the fraudulently under-declared values for such products."