Across Europe, the practice of Islamic family law is under pressure 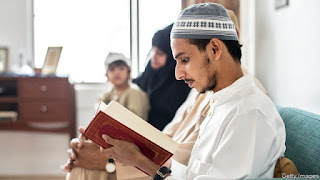 A Greek Muslim woman who lost out because her late husband’s will was adjudicated by Islamic law has been vindicated by the European Court of Human Rights, in a ruling that could have implications for other parts of Europe. The decision, issued on December 19th by 17 judges from across Europe, upheld the complaint of Hatice Molla Sali that she had suffered unfair discrimination. She said she had forfeited three-quarters of the inheritance she expected from her spouse, because in the course of a Greek legal battle, his sisters had successfully invoked the principles of sharia to claim their rights to a substantial share of the estate. That was despite the fact that the husband had drawn up a civil will bequeathing his possessions to his widow.

The case highlights the unusual status of the long-established Muslim minority in Western Thrace, a region of northern Greece which adjoins the land border with Turkey. Under the Treaty of Lausanne concluded in 1923, this community (along with the Greeks of Istanbul) was excluded from a compulsory exchange of religious minorities that was enforced in other parts of the region. The community was also guaranteed some respect for its cultural rights. In practice, this has meant that the Thracian Muslims’ marital and inheritance matters have generally been dealt with under Islamic law, with a mufti adjudicating where necessary. 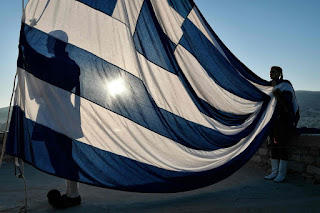 Europe’s top human-rights court ruled on Wednesday that Greece failed to protect a Muslim woman from discrimination, and deprived her of property rights, when it made her follow religious rather than civil law on inheritance.

Chatitze Molla Sali, a 67-year-old widow, appealed to the European Court of Human Rights in Strasbourg, France, claiming she had suffered discrimination after Greece’s highest court ruled that her deceased husband’s will bequeathing his property to her should be ignored and the inheritance should be divided up based on Shariah law.

“Greece was the only country in Europe which, up until the material time, had applied Shariah law to a section of its citizens against their wishes,” the ECHR said in its ruling. It is expected that the Greek state will now have to compensate Mrs. Sali for her lost inheritance.

Greece’s practice of applying Shariah law, which has since January 2018 been made optional rather than obligatory, covers only a small part of its population: the 100,000 Greek Muslims living in Thrace, the northern region near the border with Turkey. The practice dates from the 19th century, when Greece gained its independence after more than four centuries under Ottoman Turkish rule.

The ex-McKinsey consultant tipped to be next Greek PM 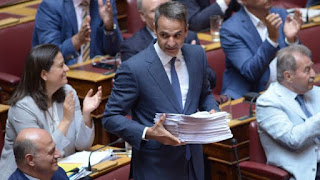 Months before Greece’s next elections, Kyriakos Mitsotakis — the favourite to become prime minister — is already in campaign mode.

He and his shadow cabinet are out on the stump each weekend, fired up by a recent opinion poll giving Mr Mitsotakis’s centre-right New Democracy party a record 16-point lead over the ruling leftwing Syriza party of prime minister Alexis Tsipras.

Speaking to teachers and university professors at an interactive museum in a rundown district of Athens last month, his subject was Greece’s ailing education system.

“We cannot achieve strong growth rates unless we invest in our human capital,” said Mr Mitsotakis — educated at Harvard and Stanford universities — as he and Niki Kerameos, the shadow education minister, outlined plans for better IT teaching, university courses taught in English and a strict timetable for completing degrees.