Greece shows Britain a maverick state can recover from disorder 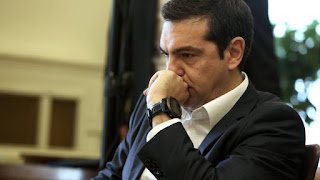 The EU is a bully. The EU is inflexible and unjust. Our proud nation must no longer submit to the diktats of Brussels and its accomplices. These complaints of Brexiters in the UK resemble the indignation of some Greeks about their nation’s treatment during the eurozone’s sovereign debt and financial sector crises.

The British government and people, still unable to settle on a definition of Brexit, can learn from Greece’s long, painful struggle. Some lessons offer grounds for hope. It turns out that a democratic political system and society can emerge, bruised but fundamentally intact, from the most severe of peacetime challenges. Other lessons, showing how an oddball nation on the edge of Europe can rediscover a constructive role for itself, may be less musical to Brexiters’ ears.

Greece’s agony began in the closing months of 2009 when the newly elected government of George Papandreou, the centre-left prime minister, uncovered the terrible truth about the nation’s imploding public finances. In 2010 there began eight years of emergency bailouts, led by the EU and the IMF, and the transformation of Greece into a de facto protectorate of its creditors. The bailout era ended in August, but a surveillance regime is in place that requires strict adherence to fiscal discipline, ­economic reform and administrative overhaul in return for the creditors’ ­support.