Tsipras seeks to stave off cuts as election looms 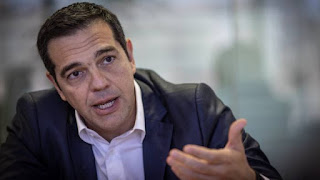 Alexis Tsipras, Greece’s leftwing prime minister, is seeking to stop or delay cost-cutting measures agreed as part of the exit from the country’s €86bn bailout — even though he insists Athens will retain broad budget discipline.

Mr Tsipras told the European Parliament on Tuesday that the country was “continuing on the path of fiscal stability” and “determined to avoid the mistakes and the behaviours of the past that led to the crisis”.

But he is determined to prevent a new round of pension cuts from taking effect in January — even though the measures were approved by the Greek parliament as a condition for winding up the final bailout.

Mr Tsipras argues that the cuts, which the IMF championed, will drag down the economy and are not necessary to achieve next year’s target of a primary surplus of 3.5 per cent of gross domestic product.