What the crisis changed in Greece — and what it did not 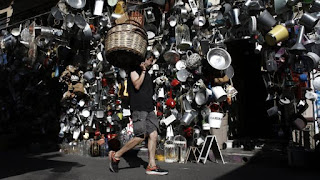 Greece has lived through eight lost years. Since 2010, its economy has shrunk by one-quarter, the disposable income of its citizens by-one third. More than 300,000 of those people have emigrated; among those left, unemployment is at 20 per cent.

As the country prepares to draw a line under this grim period, with the international tutelage imposed after its bailout set formally to end on August 20, the question is whether the years of trauma will have acted as a purge — cleansing Greece of some of the problems that contributed to the crisis.

The reforms that Athens signed up to in exchange for bailout funds were intended to address glaring shortcomings: a ruinously spendthrift pension system, an overstaffed bureaucracy and deep-rooted problems of tax evasion.

Other measures such as liberalising labour law and new business licensing rules were aimed at promoting growth and investment in a corporate sector fenced in by outdated regulations and restrictive union practices. 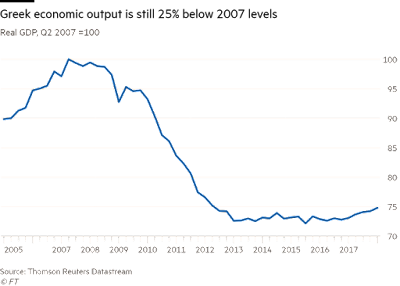 Posted by Yulie Foka-Kavalieraki at 7:44 AM