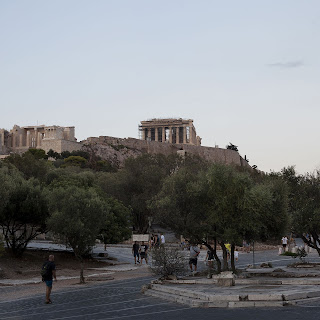 Giorgos Fasois may never hold a full-time job again. He has come to terms with that, he said. He will just do whatever it takes to feed his three children.

Charis Karakosta Papachristou now works as a doctor in Sweden. She doesn’t intend to return.

Evelyn Karyofylli kept her swimsuit-making business going, but isn’t sure it was worth it.

“I had to let go of the whole personnel gradually: 25 people in total,” she said. “I’m now alone; I’m sewing the swimsuits in the winter, selling them in the summer.”

These three Greeks, and millions of their compatriots, won’t be celebrating when Greece’s international financial bailout ends on Aug. 20. The moment will mark the symbolic end of the eurozone’s long debt crisis, which put the survival of the single currency in doubt.