Russia meddles in Greek town to push back the west 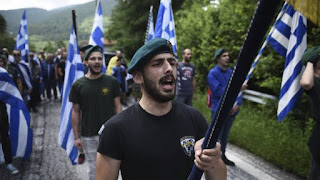 The sleepy Aegean port of Alexandroupolis in northern Greece has become a new focus for Russian efforts to extend its influence in south-eastern Europe and thwart the enlargement of Nato and the EU.

The town is home to a small community of Russian citizens with Greek connections. Two Russian diplomats, expelled this week for activities that allegedly violated Greek law, were well known in the port, according to two people with knowledge of their activities.

The diplomats were accused of working with businesspeople to bribe local government officials, Orthodox clergymen, and members of cultural associations and far-right groups across the north of the country in order to fan a popular backlash against the naming agreement signed last month between the leaders of Greece and Macedonia.