Athens told to stick to reforms or risk losing investment 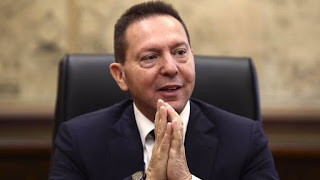 Greece’s central bank governor has warned that any backsliding by the country on economic reforms could shatter fragile investor confidence, as Athens prepares to exit eight years of international bailout programmes next month.

Yannis Stournaras told the Financial Times that “markets are waiting” to see if Greece will stick to its commitment to implement additional measures after the formal bailout ends on August 20. He said it would be a mistake to assume that a debt relief deal agreed with the eurozone in June would be enough to reassure investors that Greek bonds were a sound investment.

“As soon as we are out on our own, the markets will take a tough approach. They want to see how we are going to behave after August 20,” he said.

“They [investors] will be monitoring every move by the government as far as economic policies are concerned. If they feel that we’re backtracking, they’ll be off. If they feel we’re honouring our commitments, they’ll give us a chance”.

His comments come as Greece prepares to live without handouts from international creditors and once again raise its own money from investors, closing an unprecedented period of economic intervention that began after it was frozen out of bond markets in 2010.

More
Posted by Aristides N. Hatzis at 7:57 AM