The hounding of Greece’s former statistics chief is disturbing 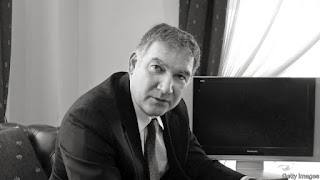 Imagine the tale of Sisyphus, the mythical king doomed to spend eternity pushing a boulder up a hill only for it to roll back down, retold by Kafka. The result would be very like the tortuous story of Andreas Georgiou, Greece’s former statistics chief.

Since 2011 Mr Georgiou has faced several criminal charges. One is that he inflated budget-deficit figures, forcing Greece to seek a bail-out and resulting in alleged damages of €171bn ($190bn). Another is that he violated his duty by failing to seek approval from the statistical agency’s board before sending the figures to the European authorities.

Although Mr Georgiou was acquitted several times on both charges, the acquittals were annulled and he was retried. In 2017 he was found guilty of a violation of duty. He has now learnt that the Supreme Court had rejected his appeal, rendering the conviction final. It carries a two-year suspended sentence. In May prosecutors said they were refiling the charges that he inflated the figures and thus injured Greece. He will now be tried for a third time in the court of appeals. If found guilty, he could face life in prison.

Yet both Mr Georgiou’s numbers and his methodology were verified by Europe’s statistical agency. The method is still accepted by Greece’s creditors and its government. The chief statistician is also legally required to be independent: statistics tend not to be decided by committee.