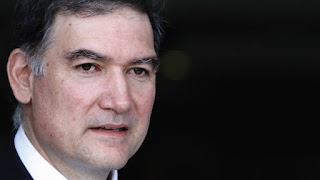 Greece’s supreme court has rejected an appeal by the country’s former statistics chief to quash his conviction in 2017 on charges of violation of duty.

According to people with knowledge of the decision, which has not yet been officially made public, the supreme court upheld the ruling against Andreas Georgiou, the former president of the statistical agency Elstat, even after the court’s own prosecutor asked for the conviction to be annulled.

The supreme court decision will bring to an end a long-running case against Mr Georgiou filed by two political appointees to the Elstat board of directors, as the two-year suspended sentence he received cannot be reversed. The case is one of several brought against the former statistics chief since 2013 which have raised questions about commitment to the rule of law in Greece, and is the first to have reached a conclusion.

The leftwing Syriza government has faced criticism for not addressing the issue of political interference in the judicial system in the case of Mr Georgiou. A Syriza official said on Sunday the independence of the judiciary was not in doubt.