Greek economy grows by most in a decade 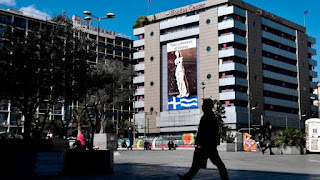 Greece’s economy is showing signs of a long-awaited rebound.

Output grew by 2.3 per cent in yearly terms between January and March, marking a fifth straight quarter of expansion according to Elstat, the statistics service.

Analysts said the first quarter figure, the highest recorded in the past decade, matched projections by the EU and International Monetary Fund that gross domestic product would increase this year by around 2 per cent.

Seasonally-adjusted data showed growth accelerating from an upwardly revised 2 per cent in the fourth quarter of 2017, Elstat said.