Greece offers a glimpse of life after populism 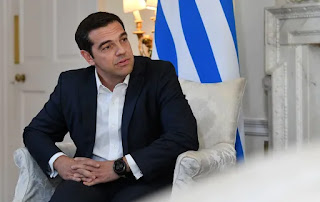 There was a moment, at the height of the Greek debt crisis in July 2015, when many Athenians went to sleep expecting to wake up in a different country. One Greek academic told me he feared Greece would crash out of the euro currency overnight, that there would be no money in the banks in the morning, that there would be food shortages and then riots: “Greece is a middle-class country,” he told me. “I didn’t think we would be able to cope with the shock.” Several others told me that they had genuinely expected the arrival of a Venezuelan-style dictatorship, perhaps with tanks on the street.

These fears were not far-fetched. Greece was governed then — as it still is now — by a strange coalition of far-left and far-right extreme populists. At the time it was formed, this coalition seemed just as weird and jarring as the new Italian far-left and far-right government does today. Syriza, the larger party, had originated as a faction of the Greek Communist Party. The junior partner, the “Independent Greeks,” believes that Greece’s massive debt is the result of an international conspiracy. Both parties have at times voiced disdain for the institutions of what Lenin dismissively referred to as “bourgeois democracy.”

But the Venezuela-style dictatorship never emerged. Depending on who tells the story, Syriza’s leader, Greek Prime Minister Alexis Tsipras, was scared off by fear of a military counter-coup; feared the economic consequences of crashing out of the euro zone; or never really meant all that stuff anyway. Although he had stoked up his followers with angry, anti-European rhetoric and promises to enrich “the people” at the expense of the elites, the banks and the Germans, he wound up following the rules set by the international institutions who had taken charge of Greece’s finances. Greece remained inside the euro and inside the international financial and legal systems its leaders claimed to abhor.