Greece May Be Turning a Corner. Greeks Who Fled Are Staying Put. 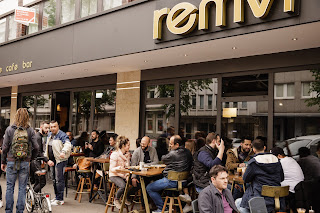 After a decade of economic pain, Greece finally appears to be back on track. Try telling that to the Greeks who left and have no plans to return, like Constantine Kakoyiannis.

As Mr. Kakoyiannis raised a glass of pilsner beer, he toasted his girlfriend at a German cafe in Düsseldorf, alongside 40 of their friends. The group, part of a club of expatriate Greek engineers, was welcoming several newcomers who had fled Greece in just the last few months.

“The situation isn’t getting better,” Mr. Kakoyiannis said. “When you realize that your country has become a cemetery of dreams, you need to find dreams elsewhere.”

While the Continent is finally emerging from the economic crisis, Greece still faces challenges. Nearly half a million Greeks have become economic migrants since the crisis began, one of the biggest exoduses from any eurozone country.

And they are still leaving.

Among them are doctors, technicians, architects and other skilled professionals as well as recent graduates who continue to stake out Europe’s prosperous north for work. Mr. Kakoyiannis managed to secure a coveted job as an engineer, and his girlfriend followed him here.

More
Posted by Yulie Foka-Kavalieraki at 9:48 AM