Doubts over judicial fairness will hold back Greece 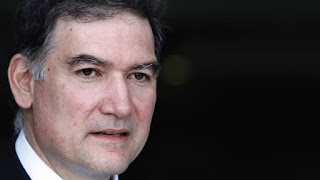 After eight exhausting years, the era of international financial rescue programmes for Greece will draw to a close in August. But the era of domestic Greek reform is, or should be, anything but over. In coming years, Greece ought to make new exertions encompassing a great deal more than stable public finances, business competitiveness and the return to health of the banking sector.

Naturally, such financial and economic concerns remain a priority for Greece. Its public debt amounts to more than 180 per cent of gross domestic product. Its economy shrank by a quarter in the crisis years. Growth, though returning, is still modest. Arguably, however, what Greece needs most is a lasting improvement in the quality of public administration and the rule of law. If achieved, this would provide in the long run the most reliable basis of prosperity, justice and modernisation.

Greece’s political classes, like society as a whole, give the impression of being pulled in two directions at once. Some politicians, civil servants, business people and ordinary citizens are convinced of the need for an intensive reform effort. Others do not seem, in their heart of hearts, to want to change old habits. Sometimes these contradictory attitudes coexist in the same person, small business, or political party.