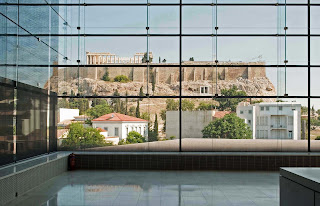 It was Saturday night in Athens, and I was surrounded by dozens of young Greeks on the packed veranda of Six d.o.g.s., a cafe-bar and arts space that runs the length of an alleyway in the Monastiraki neighborhood. It was the 10-year anniversary party for Laternative, a local radio show launched in the wake of the country’s debt crisis, and people spilled into the gallery space, gathered under light-strung trees in the back garden and in the club area where the first of several bands was about to play.

Most of the partygoers looked to be in their early and mid 20s, just like I was the first time I came to this exact spot nearly 12 years ago, back when it was a tiny indie rock bar called Kinky. Standing here now, I could almost see myself as I was then: a 24-year-old backpacker sitting alone in the corner, smoking cheap Greek cigarettes and nursing a raki, unaware that my life had come to a crossroads.

There are places we live and places we visit, and then there are the other places. Places we return to, where we put down roots, but not strong enough roots to hold us — places that change us, that we haunt and are haunted by. Nowhere embodies this for me more than Athens, a city I’ve watched shift and evolve, endure crisis and chaos and economic collapse, and yet emerge from the wreckage as one of the continent’s most vibrant and significant cultural capitals, more popular than ever as a tourist destination. (Last year Athens welcomed a record 5 million visitors, double the 2012 figure.)