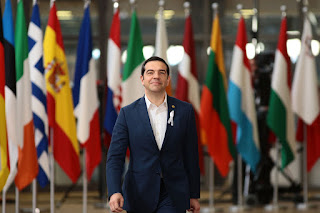 The two leaders who deserve the Nobel Peace Prize did not meet this week in Singapore. Instead, they will meet Sunday on the banks of a clear, freshwater lake that borders Greece, Macedonia, and Albania. Prime Ministers Alexis Tsipras of Greece and Zoran Zaev of Macedonia — a country on track to be known formally as North Macedonia — will sign an agreement to resolve the bitter decades-long conflict over Macedonia’s name.

In fact, the deal does much more than that. It creates a model for addressing identity clashes that drive conflict not only in the Balkans but across the globe. A stinging rebuke to Russia and to its populist cronies in Europe, the agreement injects a timely boost of confidence in the European Union and the entire Western project for the Balkans. The agreement still faces stiff opposition from nationalists in both countries who have assailed their respective leader as a traitor. To avoid that outcome, it’s urgent that Tsipras and Zaev gain not just support, but worldwide acclaim.

Long mocked by diplomats as ridiculous, the Greek objection to Macedonia’s name — and the prideful Macedonian response — are rooted in the most basic questions of identity. Nowhere is the question posed more acutely than in the Balkans, where adding as little as a vowel to a word or an extra kiss to the cheek can immediately signal disrespect. Croats, Serbs, and Bosniaks, and Albanians and Serbs, all fought bitter wars over territory claimed as national patrimony. The struggle over national identity continues to infuse politics throughout the region as parties vie to ensure that “we,” as opposed to “the other,” get our due, speak our language, fly our flag, dominate our economy.