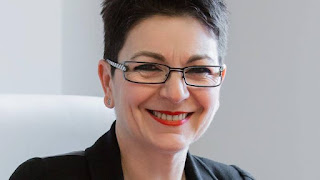 The wife of Greece’s central bank governor has taken legal action against the country’s health minister and his deputy, claiming they unlawfully annulled an EU-backed project in which her company was involved and undermined her professional reputation.

Lina Nikolopoulou, a healthcare consultant, is married to Yannis Stournaras, governor of the Bank of Greece.

“I have faced harassment from the judicial authorities for more than a year over this particular project even though my company’s participation was ruled as satisfactory by auditors in line with EU regulations,” Ms Nikolopoulou said in an interview.

Greece’s health ministry last year retroactively annulled a €3.5m project in which Mindwork, a company that Ms Nikolopoulou controls, was involved. Her lawsuit requests that Greece’s anti-corruption prosecutor investigate why the ministry did so.