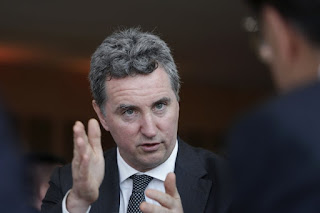 A top European Union official in Greece says the country’s access to bond markets remains “fragile” amid the ongoing financial turmoil triggered by the political uncertainty in Italy.

Declan Costello, who supervises the Greek bailout program for the European Commission, made the cautionary remarks at a conference in Athens on Thursday. Greece is preparing to end its third international bailout program in late August with plans to return to financing itself on bond markets.

“It’s clear that while Greece is coming out of the program — it has tentatively regained market access — that the situation remains fragile,” Costello said.

“And it will be very, very important that Greece continues to demonstrate, not just in the period up to the end of the program, but actually in the critical period after the program, that reforms are on track.”