Greece Is Quietly Backsliding on Reform 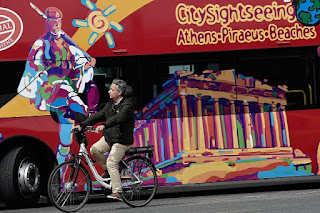 Greece’s planned August exit from its third European Stability Mechanism bailout has triggered investor optimism. Its July 2017 bond issuance, the first in three years, was oversubscribed, as were subsequent issuances in February of this year. And yet financial investors should curb their optimism. Greece’s return to the markets, and its economic recovery, are likely to be a bumpy and slow -- especially if it continues to delay key reforms.

Greece’s growth appears to have stabilized at a low rate; some take that as a sign of normalization. The problem with this optimism is that it’s not clear where the future drivers of growth will come from. Household consumption has recovered somewhat, but at an average 0.65 percent growth in 2017, it remains weak by any measure. And with further tax increases and pension cuts planned, it’s hard to see any scope for further acceleration.

No news isn’t necessarily good news when it comes to Greece. Quietly, the government has backtracked on important reform efforts such as privatizing key industries, where it continues to miss its targets. In Athens I drive by the abandoned Ellinikon airport regularly, and its state is a sore reminder of how Greece has long failed to capitalize on its assets. A stalled recovery will mean no real boost in revenues to fund investments. Its debt dynamics will also continue to result in a higher cost of financing.