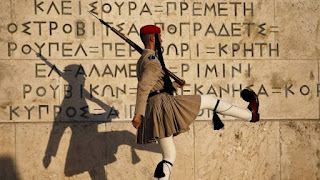 One witness reports that a smartly-dressed Greek executive working for a Swiss pharmaceuticals group wheeled a suitcase into the office of Greek Prime Minister Antonis Samaras. In the case: €2m in large-denomination notes.

On another occasion the same executive is said to have handed a briefcase containing €1m to Yannis Stournaras, then finance minister and now central bank governor, in his sixth-floor office.

These allegations of unabashed bribe-taking by former high-ranking government officials in Greece have emerged from a healthcare scandal being probed by an anti-corruption prosecutor, who has placed three anonymous whistleblowers in a witness protection scheme. The bribery allegations were leaked to Greek media ahead of a parliamentary investigation into the affair.

Mr Samaras and Mr Stournaras strongly deny wrongdoing. They say they are victims of a drive by the leftwing Syriza government of Alexis Tsipras, prime minister, to take control of the country’s judiciary and use legal means to discredit political opponents.