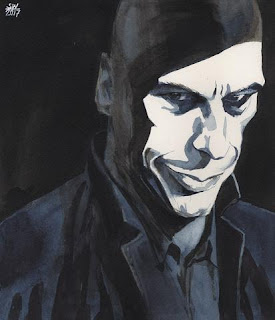 On January 25, 2015, after five years of debt crisis and economic and social decline that left half the country’s young people unemployed, the Greek electorate handed power to the most radical coalition to govern a European country in decades. Under the leadership of the youthful Alexis Tsipras, the Coalition of the Radical Left (Syriza) won 36.3 percent of the vote, qualifying it for the fifty-seat bonus awarded to the party with a plurality. To the horror of bien pensant opinion in Berlin and Paris, it chose as its partner in government a right-wing nationalist party, the Independent Greeks (ANEL).

In Greece the left was jubilant. The memory of the heroic anti-Nazi resistance, the civil war, and the students who rose up against the dictatorship of the colonels in the 1970s was vindicated. Syriza was the toast of the radical chic from Berlin to Brooklyn. Centrists were bemused. Had such left-wing enthusiasm not had its day? NATO hawks were up in arms. With Ukraine and Syria in mind, columnists fretted over Syriza’s possible ties to Moscow. The oligarchs who controlled much of the Greek media were on the warpath. Tens of billions of euros fled Greek bank accounts.

Meanwhile, Greece’s new finance minister, the ferociously charismatic and thoroughly Anglophone Yanis Varoufakis, became a global celebrity. His glamorous lifestyle, motorcycle, and tight T-shirts delighted the media. In Brussels, European officials still fume about his disruptive impact on their staid proceedings. In Greece he would face charges of treason. The appearance this fall of Varoufakis’s memoir, Adults in the Room, stirs old memories. The legendary Greek-French filmmaker Costa-Gavras has pronounced himself so “enraged by the violence and indifference of the Eurogroup members [i.e., the eurozone finance ministers], especially the German side, to the…unsustainable situation in which the Greek people live,” that he will turn Varoufakis’s exposé into a film.

Posted by Yulie Foka-Kavalieraki at 8:10 PM