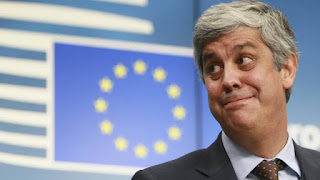 Eurozone finance ministers were set to hail Greece’s recent steps to improve its public finances on Monday — but also to hold off on giving Athens a full bill of health it seeks as it prepares to return to financial markets.

In Mário Centeno’s first meeting as president of the eurogroup, the finance ministers will confirm that Athens has adopted the vast majority of 113 economic reforms the country needs to take under this phase of its €86bn bailout.

The measures range from labour market reform to removing bureaucratic obstacles blocking a €7bn tourism and leisure project in Athens.

For Greece to receive its next allocation of bailout money, estimated at €6.7bn, a further check will need to take place in early February to ensure that the remaining measures have been completed. But at Monday’s meeting ministers will say the recent progress in effect closes the latest review of the bailout.