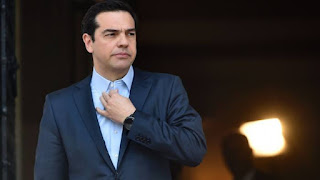 Like Prometheus, the mythological titan, Greece has been chained to a rock since 2010, its liver gnawed by pitiless foreign creditors as punishment for having sparked the eurozone debt crisis. So runs a certain national narrative. But just as the heroic Hercules rescued Prometheus, so Alexis Tsipras — in his own eyes, at least — is the leader who will achieve Greece’s salvation in 2018 by ending an eight-year cycle of bailouts and restoring the nation’s sovereignty.

It represents an extraordinary turnround for Mr Tsipras. He took office in January 2015 as the most radical leftist prime minister of a European democracy in the post-1945 era. An intransigent opponent of the creditors, he abhorred their stranglehold on Greek economic policy. His foolhardiness almost caused Greece to crash out of the eurozone. Then at the eleventh hour he reversed course and started doing the creditors’ bidding. His surrender kept Greece in the currency union.

Barring some unforeseen turmoil in domestic politics or global markets, Greece will leave its third bailout, this one worth €86bn, in August. European governments and EU institutions will declare that Mr Tsipras and his government have done enough, by maintaining a fiscal surplus and carrying out economic reforms, to justify an exit. To everyone’s relief, this will, in principle, draw the curtain on the acute phase of a crisis that has dragged on for eight years of the eurozone’s 19-year existence.