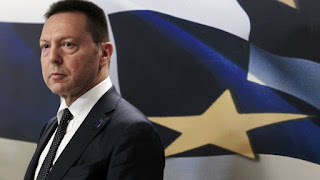 Greece’s central bank governor has been cleared by a Greek parliamentary audit committee of charges that he made false statements about his personal assets while serving as finance minister between 2012 and 2014.

Yannis Stournaras last month requested a fresh audit of his asset statements made between 2012 and 2014 after Documenta, a pro-government weekly newspaper, revived an earlier accusation in Hot Doc, an investigative magazine, concerning his family’s summer home on the Aegean island of Syros.

Documenta wrote that Mr Stournaras failed in 2012 and 2013 to declare alterations carried out at his property on Syros that increased its value.

“The new audit showed that everything [concerning the Syros property] took place according to the law . . . There is no outstanding legal or political issue,” a person involved in the parliamentary procedure said on Sunday.