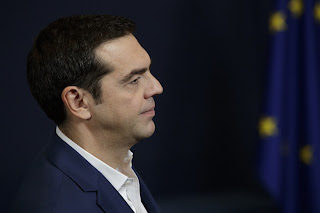 At first glance, Greece’s traumatic 2015 bailout—its third in five years—appears to be working. The government’s budget is back in surplus, excluding debt service, after the years of deficits that contributed to the country’s first crisis in 2010. The radical leftist prime minister, Alexis Tsipras, now touts the “restoration of Greece’s fiscal credibility.” As recently as 2014 he savaged his predecessor, who achieved much lower surpluses, for “austerity.”

The only problem is that the bailout is not in fact working, if you think the goal should be to restore Athens to sound public finances and to offer Greeks economic hope for the future.

The European Commission’s autumn forecast predicts eurozone economic growth of 2.2% this year, the fastest in a decade. But Greece is falling further behind. It was originally projected to grow by as much as 2.7% in 2017. Six months ago, the EU’s number crunchers reduced that forecast to 2.1%. Last month they cut it further, to 1.6%.

This anemic performance is caused both by excessively demanding fiscal targets and by persistent structural impediments to investment. On both fronts, Greece’s creditors are complicit in the country’s continuing woes.