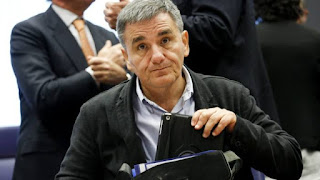 Greece has reached agreement with its international creditors on reforms required to release the next loan tranche under its current bailout, boosting the leftwing Syriza government’s hopes of achieving a smooth exit from the €86bn programme next August.

“The [EU and IMF bailout monitors’] visit is completed, we have closed the [technical] agreement,” Euclid Tsakalotos, finance minister, said after the week-long talks ended on Saturday.

An EU statement confirmed that a deal — which includes energy sector reforms and fiscal and structural measures bringing Greece in line with eurozone counterparts — had been reached. It must be approved by eurozone finance ministers, who are due to meet on Monday.

Since the creditors’ third review of progress made by Athens was launched in October, the Syriza government has shown greater willingness than previously to make compromises.