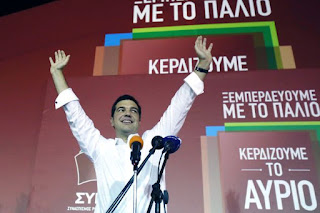 This time last year, Alexis Tsipras was in the awkward position of having missed his main objectives and found himself at odds with Greece’s creditors over his decision to hand out a 13th pension.

The conflicting interests of key stakeholders in Greece’s programme did not converge and the last Eurogroup of 2016 did not lead to the conclusion of the second review. Instead, it dragged on until June this year. Most critically, the main goal of being included in the European Central Bank’s QE programme was missed as the ECB required assurances about the country’s long-term debt sustainability and Germany was not willing to discuss even the medium-term debt relief measures, which were eventually pushed back to the end of the programme in 2018.

The months that followed were ridden with uncertainty and the economy slowed down. To seal a deal at last June’s Eurogroup, Tsipras agreed to additional fiscal measures worth 2 percent of GDP in the form of pension cuts and tax hikes for 2019 and 2020, mostly to appease the fiscal concerns of the International Monetary Fund.