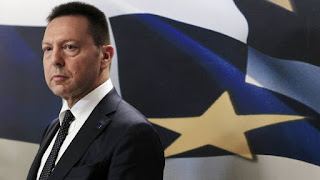 Greece’s central bank governor is under investigation by an anti-corruption prosecutor over the alleged leaking of an auditor’s report on Piraeus Bank, a troubled Greek lender accused of violating capital controls imposed at the height of the country’s financial crisis.

According to two people with knowledge of the case, Yannis Stournaras, the governor, is accused of “violating his duties” by leaking an internal document produced by the central bank’s audit team detailing irregular practices by former senior executives at Piraeus.

“I have full confidence in the competence and the conduct of the Bank of Greece staff. There was absolutely no leak of the audit on Piraeus and not a word of the text has appeared in any media,” Mr Stournaras told the Financial Times.