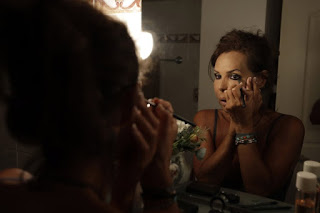 Before she had even reached puberty, Anna Kouroupou knew she wasn’t what her birth certificate said she was: a boy. But having herself officially declared female was a painful process, and one that could only legally be done if it included gender reassignment surgery.

Stigmatized, often abused and rejected, Greece’s transgender community is now hoping a controversial new law passed by parliament Tuesday will improve their daily lives and foster greater acceptance in what is often a deeply conservative society.

The law, passed with 171 votes in favor in the 300-member parliament, allows Greeks over the age of 15 to change the gender listed on their identity cards and other official documents at will, following a simplified procedure in court. Until now, those wanting to change how their gender is officially defined had to prove they had undergone sex-change surgery and psychiatric assessment.

“The legal recognition of gender identity is a huge positive step,” said 53-year-old Kouroupou, who began hormone therapy at the age of 17 and underwent gender reassignment surgery abroad at the age of 24. “The world of a trans person won’t change that easily,” but it will improve the daily problems and humiliations suffered by her community, she said.