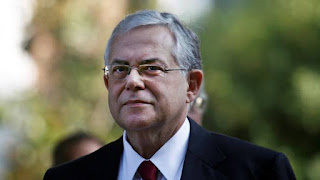 Greek anti-terrorist police have arrested a man believed to be involved in a parcel bomb attack in May that wounded the former Greek prime minister Lucas Papademos.

The 29-year-old, who was not identified, was arrested early on Saturday at an apartment in central Athens that he rented using a false name, a police official said.

He is suspected of being a member of Conspiracy of the Cells of Fire, a radical anarchist group that claimed responsibility for sending a booby-trapped package in March to the Berlin chancellery addressed to finance minister Wolfgang Schäuble. Members of the group took part in numerous anti-bailout protests during the Greek crisis.