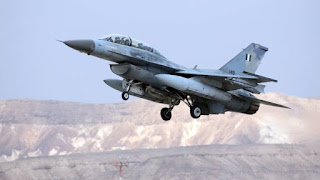 Alexis Tsipras will defend a controversial decision by his leftwing government to spend up to $2.4bn on upgrading Greece’s elderly fleet of US-made F-16 fighter aircraft.

The Greek prime minister will insist in parliament on Friday that the agreement, while costly for a country struggling to emerge from recession, is critical to enhancing its strategic role in the unstable east Mediterranean, according to one government official.

Greece’s strategic importance for Nato is likely to increase as Turkey’s relationship with the alliance becomes increasingly strained over Ankara growing ties with Russia and other points of tension with its western allies.

The ruling Syriza party has set aside its former anti-American rhetoric since coming to power in 2015 in favour of building what party officials term a “pragmatic” working relationship with Washington based on “mutual interests”.