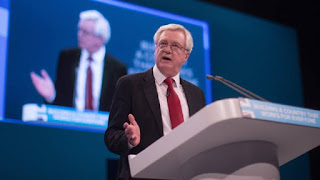 The Greek word kolotoumba, meaning “somersault”, is enjoying a return to favour — this time, in the context of Brexit.

Kolotoumba became a fashionable term in 2015 in response to the tactics of Alexis Tsipras, Greece’s once radical leftist prime minister. After insisting for months that he would not yield to Greece’s international creditors, Mr Tsipras “somersaulted” and accepted an emergency financial rescue, whose terms were more stringent than those he was offered to begin with.

At a Greek-British symposium held over the weekend at Nafplio, the Peloponnese seaport town that was modern Greece’s first capital, participants found themselves debating whether a kolotoumba might be in the offing with regard to Brexit. Was it plausible that the UK, despite the June 2016 referendum result, might not leave the EU?

Many participants favoured such an outcome, but few thought it probable. One opponent of the UK’s EU membership put the chances of a kolotoumba at zero to 0.1 per cent. By contrast, one supporter suggested a range from 10 to 30 per cent.