No escape from debtors’ prison for Greece 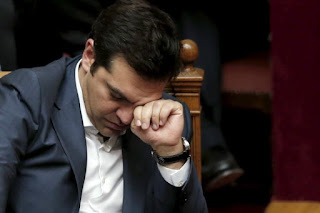 Alexis Tsipras is desperate to avoid “suffocating supervision” of Greece’s actions when the country’s third bailout programme ends next August. At the weekend, he promised as much. But the best the Greek prime minister can hope for is that Athens will move from its current high-security prison to an open one – and that will happen only if he behaves.

Tsipras wants a clean exit from the 86 billion euro bailout so he has a good story to tell Greek voters in advance of an election that has to be held no later than September 2019. The socialist leader is currently trailing the conservative opposition in the opinion polls because of a string of broken promises and errors that have damaged the economy.

However, if Greece could escape its debtors’ prison – which involves detailed monitoring of the government’s actions by the euro zone and the International Monetary Fund and is seen as an affront to national pride – Tsipras might conceivably win a future election. Failing that, he might at least avoid an electoral wipeout and live to fight another day.