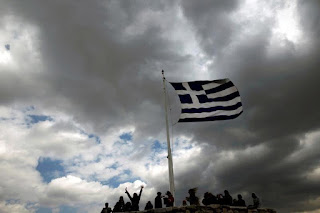 Greece’s economy expanded for a second straight quarter between April and June, its statistics service said on Friday, driven by gains in exports and higher government spending.

The seasonally adjusted data showed gross domestic product expanded 0.5 percent in the second quarter from the first, at the same pace as in the previous three months, for which growth was upwardly revised.

The economy’s gradual recovery after a deep recession that shrank it by a quarter and drove unemployment to record highs is boosting hopes that Greece will be able to emerge successfully from years of bailouts.

“The reading was in line with our forecasts. Growth was based on an increase in net exports and a continuing strengthening of consumption,” said National Bank economist Nikos Magginas.