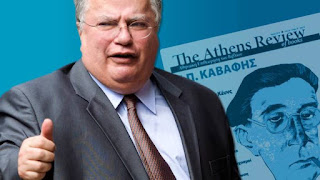 Fears for the independence of the Greek judicial system are mounting after the foreign minister won a court order freezing the bank accounts of a leading magazine over a reader’s letter describing him as a former “fanatical” Stalinist.

The ruling in favour of Nikos Kotzias has drawn sharp criticism from academics and public figures, who say it violates EU law on freedom of expression. It also highlights broader concern over perceived interference in the justice system by the leftwing Syriza government.

The concerns widened beyond Greece last week when senior eurozone officials warned the government that the continued prosecution of Andreas Georgiou, its former statistics chief, over claims he inflated the size of the country’s budget deficit in 2009, threatened to drive a wedge between Athens and its euro area creditors.

The affair comes as Brussels is already locked in stand-offs with Poland and Hungary over the rule of law that have raised questions over the EU’s ability to enforce the democratic standards at the core of the European project.