Lessons for the eurozone from Greece’s painful crisis years 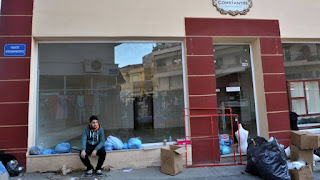 Greece is finally growing again. But it has been arguably the eurozone’s greatest failure. Catapulted into a debt crisis with a 15 per cent government spending deficit in 2009, the country suffered eight years of economic contraction. Unemployment is still 23 per cent, youth unemployment 45 per cent. Greece’s “Great Depression” has been as deep as that of the US in the early 1930s, but twice as long.

Can Europe learn from the country’s painful experience? A first lesson is to reform at the top of the cycle. Greece had to adjust in recession because it failed to do so in its pre-crisis boom. Reforms should always be adopted in times of growth, when people are confident and losers can be compensated. An upswing can buy time to implement reforms, but should not be invoked as evidence that reforms are unnecessary. The eurozone is now in its strongest period of post-crisis recovery. But it should avoid complacency. Reforms are necessary for the long-term viability of the monetary union. We need a stabilisation budget and joint-borrowing capacity; greater risk sharing; and financial union to break the doom loop between banks and government.

After September’s election in Germany, and assuming Emmanuel Macron delivers domestic reforms in France, Europe will be at the top of its political cycle. This is the time to push ahead with eurozone reforms. They will require painful concessions: the Germans refuse joint deposit insurance or a fiscal backstop, the French are not keen to surrender control over the national budget and the Italians reject ceilings on bank exposure to sovereign debt. But something must give.