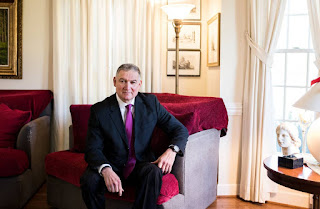 A Greek court found the country’s former top statistician guilty of breaching his duties, ruling he should have sought approval before he told European Union authorities of the full extent of Greece’s budget deficit at the start of its debt crisis.

The Athens Appeals Court handed Andreas Georgiou, head of Greece’s official statistics agency in 2010-2015, a two-year suspended jail sentence on Monday for his handling in 2010 of the revision of Greece’s deficit data for previous years.

Mr. Georgiou denies any wrongdoing and has won widespread support from international statisticians, who say he is the victim of unjust persecution.

The EU has repeatedly certified that Mr. Georgiou reported Greece’s fiscal data accurately, in contrast with earlier Greek practices that EU bodies have said deliberately hid the scale of the country’s deficits.