Greece scapegoats a statistician who only did his job 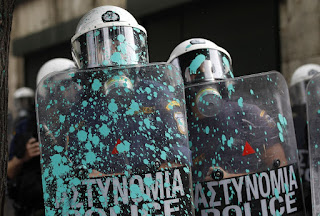 In Greece, the lucrative tourism industry is threatened this summer by millions of oversized jellyfish washing ashore on the nation’s beaches. An even slimier development is the ongoing persecution of the country’s first independent chief statistician, whose tough-minded steps to straighten out Greece’s notoriously fraudulent economic data have been repaid with farcical prosecutions by a judicial system rapidly discrediting itself in the world’s eyes.

Andreas Georgiou, an American-trained economist who spent two decades working at the International Monetary Fund, was hired as Greece’s top statistician in 2010 as the country’s debt crisis was spiraling out of control. His goal was to honestly report economic data that for years had been fudged by politicians and officials seeking to minimize their own fateful fiscal mismanagement.

Having done just that, by applying reporting standards widely accepted across Europe, he is now scapegoated as the cause of the painful austerity program imposed on Greece by the IMF and European Union. Four times in recent years, an array of criminal accusations against Mr. Georgiou have been dismissed by prosecutors, only to be revived by judicial authorities amid fury by politicians and media outlets. This month, an Athens appeals court gave Mr. Georgiou a two-year suspended sentence — essentially for reporting accurate information to European authorities during the debt crisis.