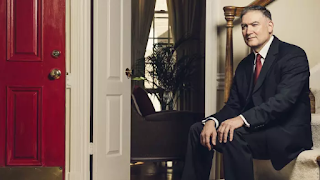 An Athens appeal court has handed Greece’s former statistics a two-year suspended sentence for “violating” his duties during the country’s sovereign debt crisis.

The conviction of Andreas Georgiou came as a surprise as the former chairman of country’s statistical agency, Elstat, had been acquitted of the same charges by another appeals court only eight months ago. The case was reopened by Greece’s top prosecutor on grounds that a possible misjudgment had occurred.

Mr Georgiou is seen by many in Athens as the victim of a campaign to shift the blame for Greece’s financial mismanagement away from the New Democracy government who ran the country in the run-up to the debt crisis and which is blamed for borrowing recklessly on international markets.

The former statistics chief is accused of deliberately inflating the 2009 budget deficit figure from 13.6 per cent to 15.4 per cent of gross domestic product so that Greece would be forced to seek additional bailout aid and prolong harsh austerity policies required by the EU and International Monetary Fund, his former employer.