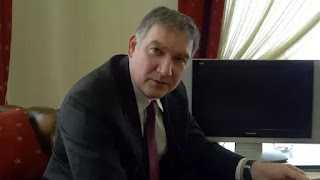 Senior eurozone officials have warned that the continued prosecution in Greece of its former statistics chief is threatening to drive a wedge between Athens and its euro area creditors, only weeks after the country brokered a deal on the next stages of its €86bn bailout.

A suspended sentence handed down this week against Andreas Georgiou has prompted consternation among EU policymakers, reviving what many capitals fear is a series of politically motivated trials intended to restore the economic reputation of previous governments.

The long-running affair is likely to be put on the agenda of eurozone finance ministers in September amid “concern about the conviction across institutions”, said a diplomat. The judicial proceedings centre on Mr Georgiou’s time in charge of Elstat, the independent statistics agency set up as a condition of the first Greek bailout.

In remarks on Twitter that reflect deep unease in Brussels at Mr Georgiou’s conviction, Valdis Dombrovskis, European Commission vice-president, said he was following developments with concern. It was “important that [the] independence of Elstat and people who do their jobs are protected in line with the law”, said Mr Dombrovskis, who has responsibility for euro affairs.