Europe Owes More to a truth-teller in Athens 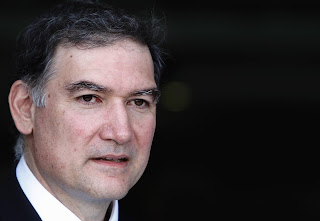 Few debacles in recent memory better represent the moral collapse of modern Greek society than the persecution of Andreas Georgiou. This endless ordeal is the culmination of failure at multiple levels of stakeholders, not least of which being the European institutions that have repeatedly bailed the country out over the past seven years.

From 1997 to 2009, a succession of Greek governments provided false data to the European Commission’s bureau of statistics, Eurostat. This led to three years of underreported deficits, which prevented Greece from taking earlier and more effective measures, according to EU rules. Reports from the Commission and the European Parliament have noted that some of these data were outright fraudulent. The term “Greek statistics” began to assume derogatory connotations.

Mr. Georgiou’s long-overdue truth-telling about the government’s finances revealed that Athens had been spending far beyond its means for many years. Crucially, the new reliability of Greek statistics also enabled the rescues that international creditors have offered Greece since 2010. Other eurozone governments and the IMF wouldn’t have provided these loans to save Greece from bankruptcy had they been unable to trust Elstat.