By convicting an honest statistician, Greece condemns itself 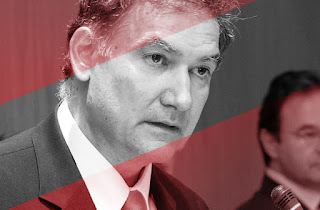 Greek economic data is completely unreliable. That’s what I told Andreas Georgiou — as politely as I could — shortly after he had been put in charge of the Greek statistics agency in 2010.

He must not have been surprised at my answer. After all, that was exactly the problem he had been hired to fix by ensuring that the agency broke free of political influence.

And fix it he did, injecting the agency with a stiff dose of independence and markedly improving the data it produced.

His reward? Prosecution and, ultimately, conviction.

On Tuesday, Georgiou was handed a two-year suspended sentence for “breach of duty” during his stint at the head of the statistics agency, Elstat — a travesty that goes beyond the unfair treatment of one statistician to questions about the progress of Greece’s economic recovery and the sustainability of the eurozone.